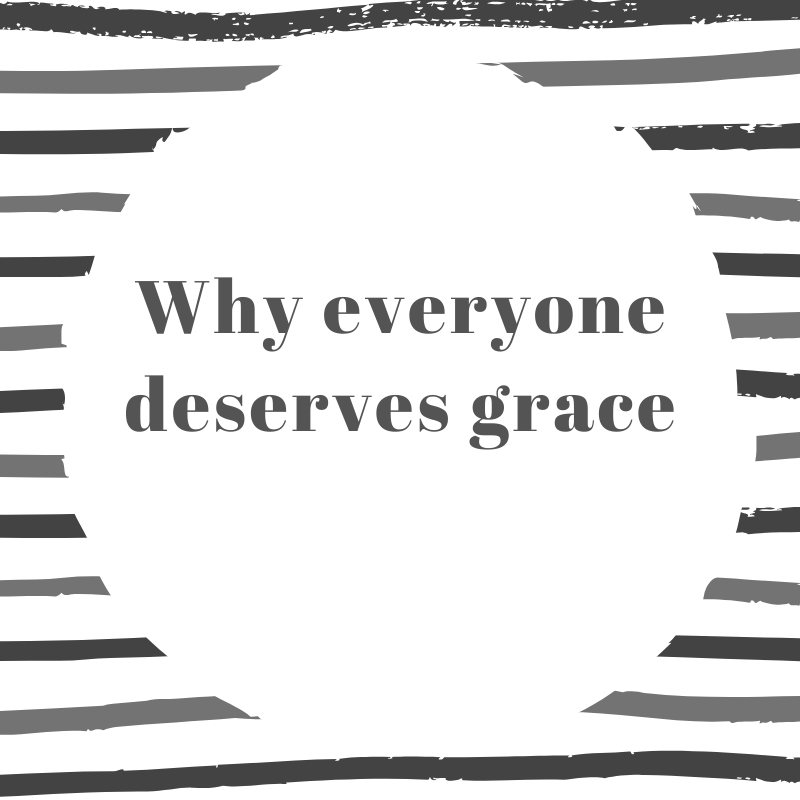 There are people in your life that will hurt you. Sometimes it is by accident because everyone makes mistakes right? Other times people hurt others intentionally. But hear me out for a moment- just because someone hurts you on purpose does not mean that it’s personal.

Often when a person lashes out at others it is because they have been lashed out at themselves. Maybe it’s a childhood of trauma, a mental illness, or just poor interpersonal skills. Regardless, these people are attempting to inflict the pain on others that they cannot deal with themselves.

It’s a vicious cycle that goes round and round. Someone hurts you, you react and hurt someone else, they react and hurt another and so forth. But what if you stopped the cycle? What if you showed that person who hurt you some grace? We all deserve grace every now and then. Even if we don’t like to admit it, we have all hurt someone deeply before. We mess up because we are human but then we expect God to extend his free grace to us.

Why are we so quick to jump at the Lord’s offer of grace when we are so slow to have mercy on others? Maybe it’s because of our selfish nature. Or maybe it’s because we are bitter towards because someone made you lose faith in humanity.

But what good does it do to withhold mercy and grace? Why withhold it from the same people that God died for just like he did you? What if you did it anyway? What if you extended God’s grace to others instead of giving in to bitterness?

I’m not saying it will be easy. And I’m also not saying that I do this all the time. I don’t. But I want to. I want to be the type of person who gives grace and mercy because I know what it’s like to need it myself. And I hope you do too.

“If I’m not showing grace . . . have I forgotten the grace I’ve been shown.”-John F. Macarthur Jr.

iThere are no comments

Begin typing your search above and press return to search. Press Esc to cancel.